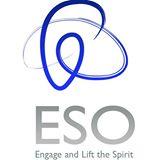 Two of the most exciting events I have experienced during a reviewing career approaching half a century involve symphonies Elgar never wrote.

Anthony Payne's realisation of the incomplete sketches the dying Elgar left for a Third Symphony is the stuff of miracles, and now comes Donald Fraser's orchestration of the Piano Quintet.

This "War Symphony" (the title taking its cue from an entry in Alice Elgar's diary) is a triumph in its recreation of Elgar's rich orchestral sound-world, and though Fraser, unlike Payne, had all the material in front of him, he had the difficult task of making us forget the original medium and accept the new one.

And that is surprisingly so easily done. Hearing the transcription's world premiere from the English Symphony Orchestra I was amazed at how quickly I was failing to miss the sounds of the original. Instead the ear revelled in an aural palette based on the large orchestra of Elgar's First Symphony (and how much the Quintet's slow movement in its new clothing matched the slow movement of that symphony, whilst also evoking the otherworldly peacefulness of the opening of the second part of the Dream of Gerontius).

Fraser's assimilation of Elgar's orchestral methods bears fascinating fruit and then some. His antiphonal use of brass, athletic horns in conversation with the heavier mob on the other side of the stage, is a highly effective resource; his deployment of percussion (quietly menacing timpani, skeletal tambourine) adds to the points being made, and the strings sing and cushion with gorgeous depths of tone.

Certainly the timbres are opulent, looking back to the First Symphony instead of forward to the spare grittiness of the Third, but they and the textures are genuinely, uncannily Elgarian.

The ESO certainly played with an enthusiastic awareness that they were making history, and the devoted, unassuming Kenneth Woods conducted with an easy flexibility that recalled the work's chamber-music origins. This "War Symphony" deserves to be acknowledged immediately as a worthy addition to the Elgar canon.

This was a programme entirely of orchestrations. Elgar's transcription of Bach's Fantasia and Fugue in C minor was sometimes untidy but always intensely musically phrased in delivery, and Mahler's Songs of a Wayfarer brought a compelling baritone soloist in Njabulo Madlala.

His communication of numbed grief was immediately hypnotic, his voice smooth and shapely, with Woods finding portents of far more Mahler symphonies than just the First with which it is so closely associated.