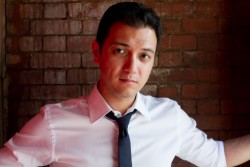 As Alan Gilbert explains it, the New York Philharmonic’s Bach Variations festival is a kind of reclamation effort. On a video introducing the project, Mr. Gilbert says that all performers have learned from the early-music and period-instrument movements. But one “weird phenomenon” has resulted: It is “pretty rare,” Mr. Gilbert says, for big orchestras using modern instruments to perform the major works of the Baroque repertory.

Of course, one of his predecessors as music director of the Philharmonic, Kurt Masur, did perform major Bach choral works during his tenure, though not as often as you might have expected given Mr. Masur’s long association with music in Leipzig, Germany, where Bach spent the last quarter-century of his life.

With Bach Variations, which runs through early April, the Philharmonic is certainly rectifying any perceived neglect. Mr. Gilbert will take on the ultimate Bach work next week: the Mass in B minor.

The festival opened on Wednesday night at Avery Fisher Hall with the overdue Philharmonic debut of the Japanese conductor Masaaki Suzuki, a Baroque music champion who in 1990 founded the acclaimed Bach Collegium Japan, the choral and instrumental ensemble.

To open the festival Mr. Suzuki had the inspired idea to present Bach as viewed by Mendelssohn. He began with Bach’s Motet “Singet dem Herrn ein Neues Lied” (“Sing Unto the Lord a New Song”) — conducting a buoyant and beautiful performance. The program ended with a refined and vibrant account of Bach’s great Magnificat in D, at 30 minutes a bracingly compact choral masterpiece.

In between Mr. Suzuki also conducted the Philharmonic premiere of Mendelssohn’s Magnificat in D, a 30-minute work written in 1822, when the composer was 13. Mendelssohn was a Bach devotee from his days as a child prodigy, though we cannot be sure that Mendelssohn knew Bach’s Magnificat at the time. But he did know the Magnificat in D by Bach’s son Carl Philipp Emanuel Bach, composed in 1749.

As performed under Mr. Suzuki, Mendelssohn’s Magnificat emerged not just as some precocious effort but also as an intricate and impressive work. The spirited opening chorus alternates sonorous phrases of choral declamation with animated instrumental responses. When the contrapuntal textures become complicated, the part-writing is effective and lucid. A trio movement, sung here by the rich-voiced soprano Sherezade Panthaki, the superb countertenor Iestyn Davies and the mellow baritone Tyler Duncan, was especially beguiling. This Magnificat would be the ideal stumper on a music quiz to name unidentified works.

Mr. Suzuki also conducted a vibrant performance of Mendelssohn’s “Christus,” an incomplete work from 1847, the year he died at 38. The sections of this piece, lasting 20 minutes in total, are all we have, it is believed, of what would have been Mendelssohn’s third major oratorio.

The tenor Nicholas Phan, singing with a mix of sweet sound and impetuous temperament, was excellent in the dramatic recitatives relating the story of the trial of Christ before the crucifixion. Mr. Phan and Mr. Davies brought out the best in each other during the wistfully beautifully duet “Et misericordia” from the Bach Magnificat, one of the high points of the fresh, stylistically insightful performance Mr. Suzuki drew from his forces.

This was a great start to what could be the sleeper event of the Philharmonic season.