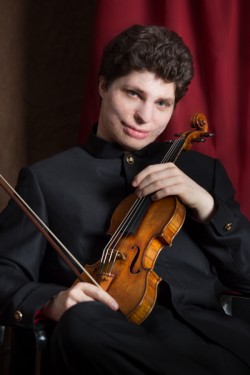 Nostalgia is built into classical music. Not only is the bulk of the repertoire from the past, but audiences are full of people who are happy to tell you about superior past performances of the same works: The time they heard Kleiber, or Bernstein, or Szell.

This spring, the National Symphony Orchestra has been doing a lot of looking back fondly on the tenure of the late Mstislav Rostropovich, the cellist-conductor who led the orchestra from 1977 to 1994. On Thursday night, it played “Alexander Nevsky,” Prokofiev’s bright and bombastic film score-turned-cantata, which Rostropovich brought to the orchestra for the first time in the first year of his tenure, and last played with it in 1993 on a tour to Russia.

I didn’t hear Rostropovich perform it, but some of the musicians in the orchestra played it under him, and it was possible to convince yourself that you were hearing both vestiges of his involvement with this work and, in the hands of the capable young conductor Jakub Hrusa, a slightly paler performance.

Of course, you didn’t have to look that far back to find a Washington-area performance of “Nevsky.” Marin Alsop led the Baltimore Symphony in a live accompaniment to a screening of the film this past January, and Yuri Temirkanov did the same thing with the same orchestra in 2003.

It was altogether a meaty program, consisting entirely of works by big-name composers that slightly broke the mold — and giving the winds, in particular, a lot of work. It opened with Mozart’s Symphony No. 25 in G minor — dark and rangy, pushing at the conventions of symphonic writing with the brilliance of adolescence (Mozart was 17 when he wrote it). And it continued with Dvorak’s violin concerto, which resisted the cookie-cutter violin-concerto form of the day in a couple of ways: It called for the soloist to plunge in almost immediately — linking the two first movements together — and pulling the orchestra out of an accompanying role into a partnership that Hrusa took so much to heart that the soloist was sometimes at risk of being drowned out.

That soloist was Augustin Hadelich, in his NSO debut (though he has appeared with the BSO and has played here in recital). Hadelich, too, stands a little outside the mold of the instrumentalist raised in a virtuoso hothouse. He started relatively late, was trained unconventionally, and therefore sounds as though he is coming up with his own answers to a lot of the score’s questions — rather than standing on the shoulders of past giants and expanding on their brilliance.

It’s an engaging approach, particularly when paired with the innate warmth of Hadelich’s playing, which had a richness well-suited to this robust and sunny piece, even if the surging orchestra at times made him sound a little small. He made himself heard beautifully in an encore, finding poetry and spontaneity in a piece that’s usually thought of as a chestnut, Paganini’s 24th caprice; the audience kept audibly reacting to his turns of musical phrase.

Hrusa, a Czech who has a burgeoning big-league career, first came to the NSO in 2010, and is clearly identified — at least by Czechs — with his native country; he led Dvorak’s cello concerto then, and Dvorak’s violin concerto now. He has a strong manner that he doesn’t quite fill out. He’s yet another conductor with whom there is a certain amount of disconnect between what you see him do on the podium and what you hear when you close your eyes, the latter being a lot fuzzier than the former. Messy entrances continued to mark his work in this outing, as they did his last time with the orchestra, and it seemed that his upbeat must be hard to read, though at other times, there was a heaviness to the sound, as if he were beating a little too clearly.

“Nevsky” is, in any case, a heavy work, all about Russian glory and military prowess and the pain of war and the pride of victory, though one centerpiece is a solo for mezzo-soprano — Nadya Serdyuk, with a voice full and thick and dark — about combing the battlefield for her dead lover.

The Washington Chorus did a fine job with the proud anthems of Mother Russia, though the most effective segment, the battle on the ice, involves settings of texts in Latin that don’t really make any sense — one way to get across the sense of invading armies speaking an incomprehensible language. That I felt Rostropovich might have led with more intense conviction is not a slam on Hrusa, but rather a mark of the generational shift: The music was contemporary to Slava, but to Hrusa a skilled re-creation.