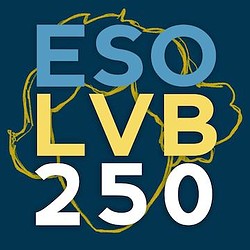 Kenneth Woods and the English Symphony Orchestra (ESO) announce their 2019-20 season that celebrates the 250th anniversary of Ludwig van Beethoven’s birth, welcomes some of Britain’s brightest soloists, and features a diverse array of composers including numerous women, voices that were supressed during the ravages of 20th century war, and an exploration of African-American musical traditions. The orchestra’s new “John McCabe Composer-in-Association” is Adrian Williams, and soprano April Fredrick returns as Affiliate Artist. Woods and the ESO, the “International Orchestra of Elgar Country,” continue to expand their concert series throughout England’s “Three Counties” – Gloucestershire, Herefordshire and Worcestershire – and spread their wings further afield in venues new to the ensemble including Routh Hall in Bromsgrove.

Kenneth Woods’ and the English Symphony Orchestra’s 2019-20 season opens on Saturday, 7 September 2019 with a return to the Assembly Hall Theatre in Tunbridge Wells. For the first half of the concert, esteemed violinist Nicola Benedetti takes to the stage to perform Edward Elgar’s Violin Concerto, a work popularised by the recording by Yehudi Menuhin, the ESO’s former conductor. In the concert’s second half, Woods conducts Symphony No. 2 by Johannes Brahms, a composer whose music Elgar greatly admired.

The English String Orchestra at Bromsgrove’s Routh Hall
The English String Orchestra inaugurates its new series at the acoustically superb Routh Hall in Bromsgrove on Sunday, 6 October 2019, with a programme that includes Antonín DvoÅák’s Nocturne, Gerald Finzi’s Romance and Elgar’s Serenade for Strings. “Side-by-side” performances with members of the ESO Youth orchestra will be directed by ESO leader Zoë Beyers, who also solos in Antonio Vivaldi’s The Four Seasons.

On Friday, 31 January 2020, charismatic pianist Isata Kanneh-Mason makes her debut with the ESO. Embracing the orchestra’s season-long Beethoven 250 celebration, Isata will perform the composer’s Piano Concerto No. 3. The concert opens with music by Ruth Gipps, until recently a relatively unsung 20th-century British composer. Her orchestral miniature Cringlemire Garden is an evocative impression of the natural world. The concert closes with Beethoven’s rousing Symphony No. 7. Concurrently, Isata will lead a masterclass for young regional pianists.

In addition to his compositional legacy, Wolfgang Amadeus Mozart is immortalised in his immense body of correspondence. ESO’s strings cede to the orchestra’s winds and brass for a performance on Sunday, 17 May 2020, featuring a selection of the composer’s works complemented by readings about them as expressed in his letters. The programme includes the E-flat Serenade and arrangements by ESO horn players Mike Revell and James Topp of excerpts from the operas The Magic Flute and The Marriage of Figaro.

Concerts in Hereford’s Shirehall
Woods and the ESO return to one of their home venues, Hereford’s Shirehall for three concerts, each featuring a stellar guest soloist. On Sunday, 13 October 2019, Sarah Beth Briggs reunites with Woods for a performance of Mozart’s Piano Concerto No. 22 in E-Flat, K482, a work she recorded to great acclaim for AVIE Records. The programme opens with Franz Joseph Haydn’s Symphony No. 96, "The Miracle", and closes with the Suite from Pélleas and Mélisande by Jean Sibelius.

On Saturday, 1 February 2020, Isata Kanneh-Mason is back with the ESO performing Beethoven’s Piano Concerto No. 3 in a programme that also includes the composer’s Symphony No. 8. The concert open’s with Felix Mendelssohn’s tone poem Die Schöne Melusine, a musical setting of the myth of the mermaid in the work’s title.

Alexander Sitkovetsky, whose world-premiere recording of Philip Sawyers’ Violin Concerto with the ESO has drawn international acclaim, returns on Sunday, 5 April 2020, to perform Beethoven’s Violin Concerto in D major, Op. 61. The Concerto is flanked by the orchestra’s popular “side-by-side” performances with the Hereford Youth Orchestra joining the ESO in Three Gifts by “John McCabe Composer-in-Association” Adrian Williams – a work originally written for the National Children’s Orchestra – and DvoÅák’s Symphony No. 9, “From the New World”.

Concerts in the Great Malvern Priory
The ESO’s extensive series of concerts at the Great Malvern Priory begins on Wednesday, 16 October 2019, with an evening of Romantic works in striking arrangements for chamber orchestra: Arnold Schoenberg’s take on the Emperor Waltz by Johann Strauss, Jr.; a new arrangement of Richard Strauss’ Four Last Songs by James Ledger, featuring ESO Affiliate Artist soprano April Fredrick; and Bruckner’s Symphony No. 7 as pared down by three of Schoenberg’s students, Hanns Eisler, Erwin Stein and Karl Rankl.

Several themes that run throughout the ESO’s 2019-20 season intermingle on Wednesday, 13 November 2019. ESO leader Zoë Byers is soloist in the Concertino for Violin and Strings by MieczysÅaw Weinberg whose music was banned for a time in his adopted home of the Soviet Union. Kenneth Woods turns a deft hand to arranging for string orchestra, in the Lento from the First String Quartet by 20th-century English composer Doreen Carwithen, and Pyotr Ilych Tchaikovsky’s String Quartet No. 3 in E-flat minor, Op. 30. The concert opens with Mozart’s evergreen Eine Kleine Nachtmusik.

On Tuesday, 17 December 2019, Woods conducts the ESO’s highly-anticipated annual performance of George Frederic Handel’s Messiah. They are joined by the Academia Musica Choir; among the soloists is soprano April Fredrick. Woods and the ESO will also perform Messiah at St. Mary’s Church in Abergavenny on Wednesday, 18 December 2019.

Love is in the air with the ESO’s pre-Valentine’s Day concert on Wednesday, 12 February 2020, when the orchestra performs two Serenades – Joseph Suk’s early Serenade for Strings in E-flat major, Op. 6, and Malcolm Arnold’s Serenade for Guitar and Strings featuring virtuoso guitarist Craig Ogdon who also performs Vivaldi’s Concerto in G minor. The concert opens with the introduction to one of the greatest operatic love stories, Richard Wagner’s Prelude to Tristan und Isolde, arranged for string orchestra by Adrian Williams.

Woods and the ESO continue their Beethoven 250 homage on Saturday, 14 March 2020 with a performance of the composer’s ground-breaking Symphony No. 1, which is preceded by Adrian Williams’ Russells’ Elegy, an “in-memoriam” to two friends, and Haydn’s Cello Concerto No. 1 in C major, Hob VIIb:1, featuring soloist Maja BogdanoviÄ.

The ESO’s 2019-20 series at the Great Malvern Priory concludes on Wednesday, 29 April 2020, with a programme of great English works for string orchestra. Adrian Williams offers Migrations, a significant new addition to the genre. Violinist Zoë Beyers is the soloist in Vaughan Williams’ The Lark Ascending. Another avian-inspired work, falling still, by Canadian-born, Glasgow-based Emily Doolittle depicts a blackbird singing on the cusp of dawn. The concert ends with David Matthews’ masterful arrangement of Elgar’s String Quartet.

Concerts in Worcester
In the ESO’s home base of Worcester, the orchestra returns to three popular venues.

On Saturday, 14 December 2019, Huntingdon Hall hosts the orchestra for a festive concert directed by Zoë Beyers that includes Vaughan Williams’ Fantasia on Greensleeves and Arcangelo Corelli’s “Christmas Concerto”. The orchestra’s popular “side-by-side” initiative brings Worcester Youth Strings and ESO Youth Strings to the stage to perform alongside the ESO’s principals.

The exceptional dancers of Worcester’s Academy Theatre Arts collaborate with the ESO on Saturday, 2 May 2020, in a display at the Swan Theatre that showcases music of the 20th century African-American tradition, from the emergence of Scott Joplin’s revolutionary ragtime to the next generation of composers whom he influenced, including Eubie Blake, James Reese Europe and George Gershwin.

Woods and the ESO conclude their Worcester series in grand style on Elgar’s home turf, performing the composer’s Dream of Gerontius at Worcester Cathedral on Saturday, 30 May 2020.

Supplementing the ESO’s season are performances in Cheltenham and Stafford. On Sunday, 24 November 2019, Woods and the orchestra return to Cheltenham Town Hall, with Tamsin Waley-Cohen the soloist in Hans Gál’s rarely-performed Concertino for Violin & Strings. Also on the programme are Mozart’s Eine Kleine Nachtmusik, Elgar’s Introduction & Allegro, and Woods’ arrangement of Tchaikovsky’s String Quartet No. 3 in E-flat minor, Op. 30. On Friday, 29 November 2019, the ESO performs at the Stafford Gatehouse Theatre for the first time in a programme that includes popular English works: Elgar’s Serenade for Strings, Vaughan Williams’ The Lark Ascending featuring violinist Zoë Beyers, and Songs for Strings – a selection of works by Elgar as re-imagined for string orchestra by Donald Fraser. The concert concludes with Tchaikovsky’s colourful Souvenir de Florence.