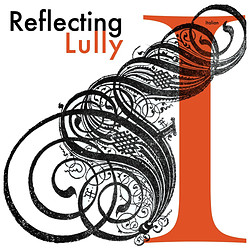 Born Giovanni Battista Lulli in Florence, Italy, the promising violinist and composer migrated to Paris at the age of 14 – having been discovered as a busker by Roger de Lorraine, son of the Duke of Guise – and became employed in the French capital by Mademoiselle de Montpensier. The multicultural Lully encountered Louis XIV as a ballet dancer, paving the way to his appointment as Royal Composer. Lully gained a reputation as the godfather of French opera and was subsequently granted French citizenship by the “Sun King.” On Reflecting Lully, NYBI performs the passacaille from the composer’s Armide, an influential opera which proceeded to be performed hundreds of times throughout Europe.

Of the five composers on NYBI’s program, Mondonville singularly stayed close to home throughout his life. Born in the south of France, he enjoyed a varied career with numerous posts in Paris. Like Lully, Mondonville was a violinist and composer who found success in the world of opera. For their Miller Theater debut, NYBI turns to Sonate en symphonie No. 1, a concerto grosso version of an early instrumental work arranged by the composer himself.

Of Scottish descent, French-born Muffat – who claimed to have studied in Paris with Lully – moved eastward through Germany to Vienna, Prague and Salzburg, where his employer the Archbishop granted him leave to travel to Italy where he met Arcangelo Corelli. NYBI performs the fifth sonata from Muffat’s Armonico tributo, inspired by the Italian master of the concerto grosso.

German-born composers Handel and Telemann were arguably the two most entrepreneurial and prolific musical figures of their time, absorbing continental styles with ease. NYBI performs two genre-defining works, including Handel’s Concerto Grosso, Op. 6, No. 5, published in London where the composer settled, which incorporates elements absorbed during his early years in Italy. Telemann, who traveled as far afield as Poland and settled in Hamburg, made the “Ouverture-Suite” his own. Of the hundreds he composed in this genre, NYBI performs one in A minor that incorporates Lullian influences.