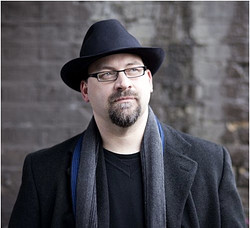 Born and bred in Madison, Wisconsin, Kenneth Woods returns to his hometown to make his conducting debut with the Madison Symphony Orchestra (MSO) in subscription series concerts on March 6, 7 and 8, 2020. The program includes works by Franz Joseph Haydn, Felix Mendelssohn and Richard Strauss – musical meat and potatoes to Woods, whose leadership of the Colorado MahlerFest and acclaimed recordings of the Schumann Symphonies have established him as one of the leading American-born exponents of the Austro-German musical tradition.

Internationally renowned as a “conductor of stature” (Gramophone), Woods is Artistic Director and Principal Conductor of the English Symphony Orchestra, Artistic Director of the Colorado MahlerFest, and founder and Artistic Director of the Elgar Festival, held annually in the composer’s home city of Worcester, England. He describes his return to Madison to conduct the MSO “a moment to savor. I grew up attending MSO concerts as a young listener, played side-by-side with MSO musicians as an aspiring cellist, studied with a member of the orchestra in my teens, and played in the MSO while studying at the University of Wisconsin. It’s hard to imagine a bigger thrill than conducting this orchestra, which so inspired me as a youngster, and in which so many friends and former mentors still play.”

Woods’ frequent performances of, and writings on, the music of Josef Haydn have established him as one of the most influential thinkers on the music of that seminal composer, the inventor of the symphony. His MSO debut opens with Haydn’s Symphony No. 96, nicknamed the “Miracle” due to a circumstance when the work was premiered in 1791. During the performance a chandelier crashed from ceiling to floor, and all in attendance were unscathed. Felix Mendelssohn’s Violin Concerto from 1844, one of the most enduring works in the classical repertoire, will feature rising star Canadian violinist Blake Pouliot. Woods caps his MSO debut with Strauss’ epic Ein Heldenleben, a tone poem considered to be the composer’s aural autobiography and a tour-de-force of orchestral virtuosity.

Woods is well-known and esteemed for exploring the highways and bi-ways of the Austrian-Germanic canon. His world premiere recordings of the four symphonies by Austrian émigré Hans Gál led to BBC Radio 3 featuring Gál as Composer of the Week for the first time in 2014. The 2-CD set was named a Découverte (“Discovery”) by France’s Diapason magazine. His 2015-6 world premiere recordings of the Complete Piano Concertos of Vienna-born Ernst Krenek was chosen as a disc of the year by both The Sunday Times (London) and Forbes Magazine. In 2020, Woods leads his own English Symphony Orchestra in a wide-ranging survey of the music of Ludwig van Beethoven in celebration of the composer’s 250th birthday.

In May 2020, Woods will preside over his sixth year as Artistic Director of Boulder-based Colorado MahlerFest, now in its 33rd season. Central to the Festival’s offerings will be Gustav Mahler’s ground-breaking Symphony No. 2, “Resurrection” and a performance of Die Walküre, the second opera in Richard Wagner’s Ring Cycle, with Woods conducting the hand-picked MahlerFest Orchestra.

For further information about Kenneth Woods and his conducting debut with the Madison Symphony Orchestra please visit https://madisonsymphony.org/event/the-miracle/