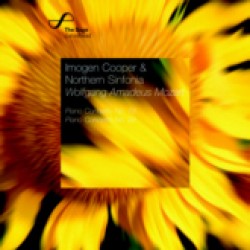 The acclaimed pianist Imogen Cooper has seen her highly regarded career blossom of late, due to her recordings of Schubert's late solo piano works and Mozart Piano Concertos on Avie. Most recently her Schubert series has appeared in the Top 10 of the UK's Specialist Classical Chart, and has been hailed by the international media, from the BBC to National Public Radio, and Gramophone to The New York Times. This release is her third of Mozart concertos directing the Northern Sinfonia from the keyboard, an instrument that Cooper selected specially for the spectacular Sage Gateshead when the venue opened in 2004. The synergy between soloist and orchestra results in a poetic clarity that befits Mozart's late works.