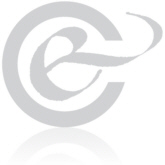 The English Concert is among the finest chamber orchestras in the world, with a reputation for inspiring performances of Baroque and Classical music in the concert hall and on record alike.

TEC performs regularly at a variety of venues in the UK, including Wigmore Hall, Barbican Hall and the South Bank Centre, and festivals including the BBC Proms, Spitalfields and the Lufthansa Festival of Baroque Music.

International tours have taken TEC to continental Europe, the United States, South America, Australasia and the Middle East, to such venues as Concertgebouw Amsterdam, the Musikverein Vienna, the Théâtre des Champs Elysées in Paris, the Philharmonie Berlin, Carnegie Hall and and Lincoln Center New York, and the Grosse Festspielhaus Salzburg.

Founded in 1973 by Trevor Pinnock, Harry Bicket became the third Artistic Director in TEC's history in 2007.

Among the most recorded of chamber orchestras, TEC has an award-winning discography or more than 100 recordings for labels including Deutsche Grammophon, Harmonia Mundi, Avie, and Chandos, among others.