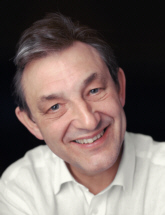 Trevor Pinnock is known worldwide as a harpsichordist and conductor who pioneered performance on historical instruments with The English Concert, which he founded in 1972 and led for the next thirty years. He now divides his time between conducting, solo and chamber music and educational projects.

In 2006, Trevor created the European Brandenburg Ensemble to celebrate his 60th birthday with a Brandenburg Concertos project that encompassed performances, workshops, community outreach, tours and recording.

MusicCo handled international publicity for this endeavor, resulting in feature coverage in The New York Times and the Financial Times, among other coverage.

Trevor's recording of the Brandenburg Concertos for Avie won the Gramophone Award for Best Baroque Instrumental recording in 2008.